Origins and Nature of the Institution

The Independent Order of Odd Fellows is a benevolent and social society, sometimes classified as a friendly benefit society having initiatory rites and ceremonies, gradation or degrees in membership, and mystic signs of recognition and communication.Odd Fellows believe in the universal brotherhood of Man and the fatherhood of God. Odd Fellowship is non-partisan, non-sectarian, and welcoming of all people without regard to religion, race, gender, sexual orientation, or national origin.

Any friendly and benevolent society is a mutual association of individuals which has as its chief purpose the welfare of its members. One of its primary aims is to provide its members with aid when suffering for the needs of life because of illness, unemployment, or other misfortunes. The relief or sustenance of members, of their families and close relatives, of their widows and orphans in case of death, appears to have been the chief purpose of the organization of Odd Fellowship in its beginning. These aims and purposes have been consistently and faithfully maintained throughout the history of the Order.

Victory Lodge in Manchester declared itself independent of the Grand Lodge of England in 1809. In 1814, the six Odd Fellows lodges in the Manchester area met and formed The Manchester Unity of the Independent Order of Odd Fellows, which elected officers and proceeded to standardize degree work of the lodges.

Why the Name Odd Fellows?

There are several different reasons given for our strange name. One old and apparently authoritative history of Odd Fellowship gives the explanation, "That common laboring men should associate themselves together and form a fraternity for social unity and fellowship and for mutual help was such a marked violation of the trends of the times (England in the 1700's) that they became known as 'peculiar' or 'odd,' and hence they were derided as 'Odd Fellows.' Because of the appropriateness of the name, those engaged in forming these unions accepted it. When legally incorporated the title 'Odd Fellows' was adopted."

Another, similar explanation is that the original Odd Fellows were men who were engaged in various or odd trades, as there were organizations for some of the larger trades.

Modern references state that the true reason for the name Odd Fellows isn't known or documented. Whatever the reason may have been, the unusual name has been the object of public curiosity (and on occasion derision or mirth) for well over 200 years.

Among the first records of the Order in America is that of five Brothers of the English Order who met in New York City in 1806 and formed Shakespeare Lodge No. 1.

The founders were three boat builders, a comedian, and a vocalist - a group befitting the name "Odd Fellows," indeed. The lodge was self-instituted, a common practice in those times. Their first candidate was a retired actor who was the keeper of the tavern where they met. Accounts state that lodge meetings were accompanied by merry making and mirth and that the wares of the tavern were freely indulged in. This lodge was dissolved in 1813 due to poor attendance brought on by controversy over the War of 1812.

Another lodge of which little is known existed briefly in New York in 1816. In 1818, Shakespeare Lodge in New York was re-instituted in the Red Cow tavern, operated by a former member who had in his keeping the books and papers of the former lodge. They claimed to have received a charter from the Manchester Unity which gave them authority over all other Odd Fellows Lodges in the United States, but this authority was not accepted by other lodges. Several more lodges were founded in the New York City area and one in Philadelphia, due to the efforts of the Brothers of Shakespeare Lodge.

Thomas Wildey
The Independent Order of Odd Fellows as we know it today began in Baltimore, Maryland, where five members of the Order from England founded Washington Lodge No. 1 on April 26,1819, by self-institution. One of these Brothers was Thomas Wildey, the first Noble Grand and the man revered as the founder of Odd Fellowship in North America. A charter was received from Duke of York Lodge in Preston, England, in 1820, a year and a half after its self-institution.

A second lodge was formed in Baltimore in 1819, but these two lodges and those in New York were unaware of each others' existence for some time, communications being slow in those days, and there being no reason such information would travel from one city to another except by pure chance. 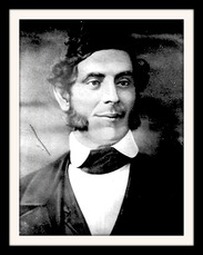 The Odd Fellows first met in Texas at Independence Hall, Washington on the Brazos. Its first Grand Master was Anson Jones who was the the last President of the Republic of Texas. The first Odd Fellows Lodge in Texas was Lone Star Lodge No. 1, which was instituted at Houston, Texas by Jacob De Cordova.

Click to enlarge the Odd Fellow Creed .. Graphic by John S. Beaber
Dallas Lodge #44 was chartered July 4th, 1854 by the Grand Lodge of Texas Independent Order of Odd Fellows. For many years it was one of the largest and most active Odd Fellows lodges in the Southwest.

We have met in a number of quarters over the span of Dallas’ history. Our first meeting place was over a carpenter’s shop near the town square, when Dallas was a small village of about 750 people. Our second home was the Odd Fellows Temple, built by La Reunion stonemason John Loupot at Main and Austin Streets. It was shared until 1892 with Trinity Lodge and Ridgeley Encampment and remained a vital gathering place until 1924 when our next building was constructed at 309 South Pearl. We sold the Pearl Street building in the 1970s and moved to our present site on Hampton Road in Oak Cliff.

Our first Noble Grand was the Honorable John Jay Good, a Mississippi native who moved to Dallas in 1851. Good was involved in early local & state government & was a charter member of the local Odd Fellows lodge in 1854. He served the Confederacy in the Civil War as a Colonel of an artillery regiment. Good later became a District Judge & was elected as Mayor of Dallas in 1880. Good Street is named for him.

We’ve had many members over the years both famous and not-so-famous. Notable members include U.S. District Judge T. Whitfield Davidson; Charles Kahn, Chief of the Dallas Volunteer Fire Department in the late 1870s; Texas Lieutenant Governor Barnett “Barney” Gibbs; and Past Grand Master W.T. Savage. Our lodge has produced four past grand masters and countless members and chairs of Grand Lodge Committees.

Dallas Lodge #44 owned one half of the cemetery that now occupies Dallas Pioneer Cemetery, adjacent to the Dallas Convention Center. The land was sold to the City of Dallas in the 1920s and plots were reinterred at the Odd Fellows’ portion of Grove Hill Cemetery, located at 4118 Samuell Boulevard.

Dallas Lodge #44 continues its command to “visit the sick, relieve the distressed, bury the dead, and educate the orphan” and celebrated 160 years of history and tradition in 2014. 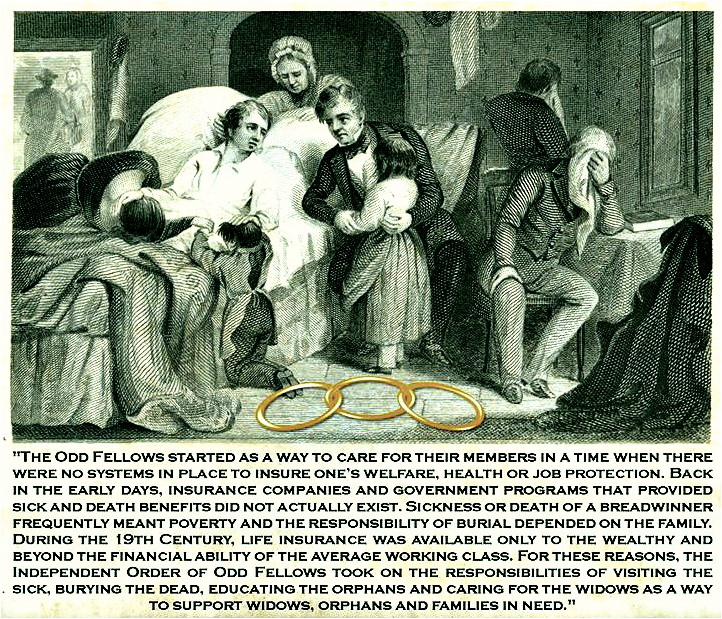 For more information about the Odd Fellows See IOOF YouTubes page
Also look at Texas IOOF Past and Future.